Correspondence should be addressed to Sari Lahham, MD at lahhams@uci.edu

A 77-year-old female presented to her primary care physician (PCP) with right hip pain after a mechanical fall. She did not lose consciousness or have any other traumatic injuries. She was unable to ambulate post-fall, so X-rays were ordered by her PCP. Her X-rays were concerning for a right acetabular fracture (see purple arrows), so the patient was referred to the emergency department where a computed tomography (CT) scan was ordered.

Acetabular fractures are quite rare. There are 37 pelvic fractures per 100,000 people in the United States annually, and only 10% of these involve the acetabulum. They occur more frequently in the elderly totaling an estimated 4,000 per year. High-energy trauma is the primary cause of acetabular fractures in younger individuals and these fractures are commonly associated with other fractures and pelvic ring disruptions. Fractures secondary to moderate or minimal trauma are increasingly of concern in patients of advanced age.1

After diagnosis, early surgical intervention is critical in achieving good results.3 The majority of acetabular fractures are repaired by open reduction and internal fixation. Patients with significant osteopenia or communition benefit most from total hip arthroplasty. However, due to the complex nature of these fractures, there is potential for poor outcome regardless of the injury pattern due to contributing factors such as imperfect reduction, osteochondral defects in the acetabulum or femoral head, osteoarthritis, avascular necrosis of the femoral head, sciatic nerve injury and infection.4 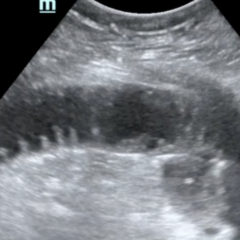 Bedside Ultrasound for the Diagnosis of Small... 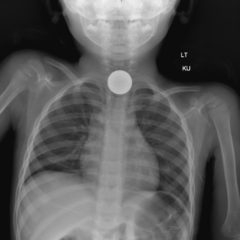