Correspondence should be addressed to Devan Pandya, MD at devan.pandya@gmail.com

21-year-old male presented to the emergency department (ED) with left ankle pain that began while he was skateboarding down a flight of stairs. The patient’s vital signs were stable. On exam, he was noted to have obvious deformity of the left ankle with an open wound overlying the left lateral malleolus with intact sensation and pulses.

X-ray of the left ankle revealed a complete dislocation of the subtalar joint with medial dislocation of the calcaneus (outlined in orange) relative to the talus (outlined in red) with subcutaneous air noted in the lateral soft tissues (blue arrows in Figure 1). The talonavicular joint has also been disrupted (navicular outlined in blue). There was no evidence of fracture. Post-reduction computed tomography of the left lower extremity confirmed no evidence of associated fracture.

The talus is the second largest of the tarsal bones and is situated in the hindfoot, just above the calcaneus.1Sixty percent of the talar surface is composed of articular cartilage, including the talar head, which is the weight-bearing portion.1 Vascular supply reaches the talus via fascial structures, which can be disrupted in instances such as dislocation, increasing the risk for avascular necrosis.1 Subtalar dislocation is a rare injury and account for approximately 1% of dislocations.2 It is defined by simultaneous dislocation of the talonavicular and talocalcaneal joints. Subtalar dislocations are classified into four types: medial, lateral, anterior, and posterior.2 The direction of displacement of the foot relative to the talus determines the classification.2 Medial dislocations account for the majority of subtalar dislocations whereas lateral dislocations are more frequently open.1

Radiographs of the involved extremity are necessary in the diagnosis of subtalar dislocations and should include anteroposterior (AP), lateral, and ankle mortise views.3 Although crucial to diagnosis of subtalar dislocations, ankle and foot radiographs may appear normal.2 One study showed that approximately 39% of fractures were missed on plain radiographs alone, and later detected on computed tomography (CT) or magnetic resonance imaging (MRI). Another study revealed that in patients who had an identifiable talar fracture, up to 93% of patients had an additional fracture notable on CT. 4 Subtalar dislocations are often associated with fracture, most commonly involving the malleoli, talus, and calcaneus.2 For this reason, CT scans of the involved extremity are often indicated for further evaluation.3

In the ED, closed reductions under procedural sedation should be performed as soon as possible, to reduce the risk of avascular necrosis.5 In the case of closed dislocations, patients should immediately have the joint immobilized with orthopedic follow up.2 Failure to reduce closed subtalar dislocations should prompt orthopedic consultation for ORIF.2Post-reduction complications most commonly include arthritis and stiffness in the affected joint. Stiffness may result from posttraumatic fibrosis of the periarticular soft tissue. It has been suggested, that reducing time of immobilization may improve outcomes associated with joint stiffness. 4 Treatment for open subtalar dislocations requires reduction in the ED followed by surgical management, including irrigation and debridement.5,6

In this case, the patient underwent reduction with procedural sedation and the wound was thoroughly irrigated in the ED. He was given intravenous antibiotics, his tetanus was updated, and he was admitted to orthopedics for open reduction and internal fixation (ORIF). The patient tolerated the procedure well and was discharged home on post-operative day #3.

This research was supported (in whole or in part) by HCA and/or HCA affiliated entity. The views expressed in this publication represent those of the author(s) and do not necessarily represent the official views of HCA or any of its affiliated entities. 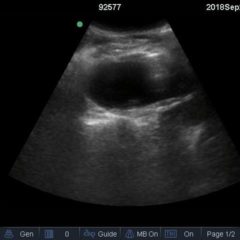 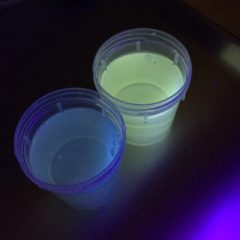