Correspondence should be addressed to Shannon Toohey, MD, MAEd at stoohey@uci.edu

In the anteroposterior view bilateral hip x-ray, there is an evident loss of Shenton’s line on the left (red line) when compared to the normal right (white line), indicative of a fracture in the left femoral neck. This correlates with findings seen on pelvic CT, which reveals both a subcapital fracture (blue arrow) and transcervical fracture (yellow arrow). The neck of the femur is displaced superiorly relative to the head of the femur while the head of the femur remains in its anatomical position within the acetabulum. 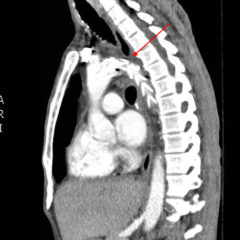 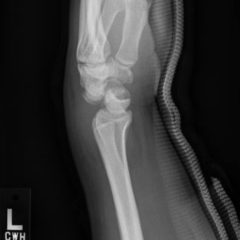