A Case Report of Cardiac Tamponade

Correspondence should be addressed to Derek Jacob Carver Hunt, DO at derekjchunt@gmail.com

Cardiac tamponade is a rare and life-threatening condition that can be caused by trauma and various medical conditions.  Failure to recognize and repair it quickly could lead to significant morbidity or even death.  This case demonstrates the electrocardiogram (ECG) findings of low voltage QRS and electrical alternans in cardiac tamponade.  It also highlights the classic ultrasound (US) findings of pericardial effusion and right ventricular collapse during diastole in cardiac tamponade.  Classic physical exam findings of cardiac tamponade include Beck’s Triad (jugular venous distention, hypotension, and muffled heart sounds) and pulsus paradoxus.  This patient only had jugular venous distention and pulsus paradoxus.  The case is centered on a 52-year-old male who presented with shortness of breath, wheezing, and a productive cough with streaks of blood.  A CT chest was performed which revealed a large pericardial effusion, right upper lobe lung mass, and bilateral pulmonary emboli.  A bedside transthoracic echocardiogram was then performed which confirmed the large effusion as well as right ventricular collapse during diastole.  Cardiothoracic surgery and interventional cardiology were consulted and both agreed to take the patient to the cardiac catheterization lab for percutaneous drainage of the effusion.  Pericardiocentesis was performed and 1.7 liters of serosanguinous fluid was removed and a drain was left in place.  He recovered well from the procedure and had an uneventful admission.  After reviewing this case, learners should be able to recognize the diagnostic features and various causes of pericardial effusion and cardiac tamponade. 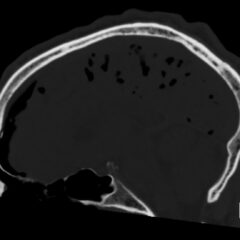 A Different Type of Tension Headache: A Case... 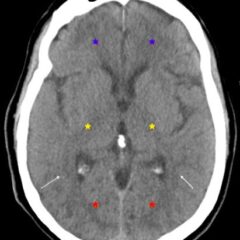