Correspondence should be addressed to Grant Wei, MD at weigr@rwjms.rutgers.edu

A 55-year-old male presented to the emergency department with a chief complaint of right arm pain. Five days prior to arrival, he attempted to lift himself up on his van and experienced what he described as a “rubber band snapping” in his right arm. He reported severe pain at the time that persisted but lessened in severity. Additionally, he reported increasing bruising over the proximal right arm. He had no history of prior right arm or shoulder injury.

The biceps brachii muscle is comprised of a long and short head, which share a common attachment at the bicipital tuberosity on the radius. The short head originates from the coracoid process of the scapula and the long head originates from the supraglenoid tubercle.1 Biceps tendon rupture has been found to occur at a rate of 0.53/100,000 over five years, and is three times more likely to occur in men than women.2 Risk factors for biceps tendon rupture include male sex, old age, increased body mass index, smoking, and pre-existing shoulder pathology.3,4 Diagnosis of biceps tendon rupture is typically a clinical diagnosis utilizing inspection and palpation as well as special testing such as the Speed’s and/or Yergason’s tests. Ultrasound may be used to aid in diagnosis; in full-thickness tears, ultrasound was found to have a sensitivity of 88% and a specificity of 98%. However, in partial thickness tears ultrasound has a sensitivity of 27% and a specificity of 100%.5 Often considered the gold standard in diagnosis, MRI has been found to have a sensitivity of only 67% and specificity of 98% in detecting complete tears6. Treatment initially consists of rest, ice, compression, and a short course of non-steroidal anti-inflammatory drugs. Follow up with an orthopedic surgeon is recommended in two to four weeks to determine operative versus non-operative management.7 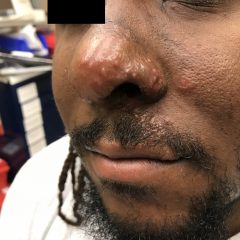 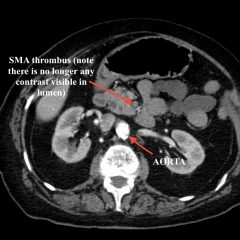