Correspondence should be addressed to Eric Chronister, MD at Eric.Chronister@atlantichealth.org

Abdominal/GastroenterologyVisual EM
No ratings yet.

Patient is a 46-year-old female who presented to the emergency department for evaluation of abdominal pain. Patient states that the pain has been going on for one week and is becoming progressively worse. The pain is in the epigastrium and is associated with nausea and vomiting. Patient also states that the pain is worse with food intake, to the point of food avoidance and weight loss over the past week. She notes that her abdomen appears “bigger.” The patient has a history of heavy vaginal bleeding during menstruation. She denies diarrhea, fever, hematemesis, or urinary symptoms.

During the evaluation, patient appeared anxious but in no acute distress. Her vital signs remained stable and within normal limits.

Computed tomography (CT) of the abdomen and pelvis with oral and intravenous contrast was ordered to evaluate her symptoms. The CT showed three large collections of ingested material seen as hypodense material with circular rings surrounded by the hyperdense oral contrast (see red outlines). These findings are consistent with bezoars, the largest of which measured 11.5 x 7.8 cm. There was also thickening of the gastric wall (see blue outline), most notably at the pylorus, consistent with partial obstruction.

A gastric bezoar is defined as a foreign body resulting from accumulation of ingested material, most commonly found as a hard mass or concretion in the stomach. Phytobezoars, which are composed of vegetable matter, are the most common type of bezoar.1 Once formed, bezoars grow by the continued ingestion of food rich in cellulose and other indigestible materials, matted together by protein, mucus, and pectin. In this particular patient, it is believed that her bezoar formation was the result of pica from iron deficiency anemia. Pica is an eating disorder that involves eating items that are not typically thought of as food and do not contain significant nutritional value. These items include, but are not limited to: ice, hair, dirt, paint chips, paper, and other plant-based materials.2 Upper gastrointestinal endoscopy is required to establish the diagnosis of a gastric bezoar and to obtain samples to determine its composition. Endoscopy can also be definitive therapy to remove the bezoar, along with chemical dissolution such as Cellulase or Papain.3 Surgical removal should be reserved for patients who fail chemical dissolution and endoscopic therapy and for patients with complications including obstruction and significant bleeding. If a gastrotomy or enterotomy is performed to remove bezoars, the remainder of the small bowel and stomach should be examined to exclude other retained bezoars.4

Upon further questioning the patient admitted to craving unusual items for years. Toilet paper was the main item she craved, but others included felt tipped markers, flowers, hair, and sometimes nail polish. The patient was admitted to the hospitalist service with a gastrointestinal consult and diagnosis of gastric outlet obstruction secondary to three large bezoars. During the hospital course, an unsuccessful endoscopic attempt was made to remove the bezoars. Surgical consultation was obtained by the hospitalist team, and she was ultimately taken to the operating room for an exploratory laparotomy and gastrostomy with removal of bezoars. She tolerated the procedure well, and her diet was slowly advanced.  She was evaluated by psychiatry and cleared prior to discharge.  She was discharged home in stable condition. 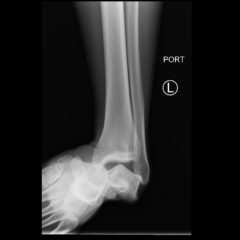 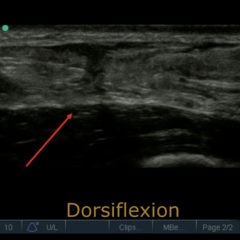