Correspondence should be addressed to Nicholas E. Kman, MD degrees at nicholas.kman@osumc.edu

A 34-year-old human immunodeficiency virus (HIV) positive female presented to the emergency department with a three-week history of swollen, painful gums. She had difficulty eating and chewing, along with aches and general malaise. The patient was an everyday smoker and was not taking any antiretroviral medication.

Physical examination revealed inflamed gingiva, ulceration, and soft tissue necrosis (Image 1) along with mandibular lymphadenopathy (not shown). Given her symptoms, poor oral care, and her immunocompromised state, she was given a diagnosis of acute necrotizing ulcerative gingivitis (ANUG) or Vincent’s angina.

Acute necrotizing ulcerative gingivitis (ANUG, Vincent’s angina, or trench mouth) is the only periodontal disease in which bacteria invade non-necrotic tissue. The etiology is usually secondary to fusobacteria and spirochete overgrowth of bacteria which is normally present in the oral cavity. HIV infection, previous necrotizing gingivitis, poor oral hygiene, malnutrition, smoking, and stress are predisposing factors.   Antibiotics and improved nutrition have significantly decreased the incidence of ANUG. The prevalence of ANUG among HIV infected patients varies from 4.3% to 16.0%. Acute necrotizing ulcerative gingivitis is 20.8 times more likely to be seen in AIDS patients with CD4 counts less than 200 cells/mm3. In developing countries, like those in Sub-Saharan Africa, incidence of ANUG is increasing among children with a prevalence as high as 23% in children under 10 years of age.1

Treatment for ANUG is multifactorial. Patients need good debridement under anesthesia so dental referral is imperative.  Pain control with Ibuprofen or low dose opioids is indicated. Oral hygiene instructions include chlorhexidine 0.12% twice daily, proper nutrition, appropriate fluid intake, and smoking cessation. For signs of systemic involvement, the recommended antibiotics are amoxicillin and metronidazole.2 If left untreated, ANUG may lead to rapid destruction of the gums and can even spread, as necrotizing stomatitis or noma, into the cheeks, lips or jaw.2

Our patient’s symptoms improved with hydrocodone/acetaminophen and chlorhexidine oral rinse and she was given a dose of metronidazole and penicillin during her stay. The patient was treated with a 10 day course of metronidazole and penicillin, along with referrals to dentistry and a primary care physician upon discharge. Despite multiple attempts, she was unable to be contacted for follow-up. 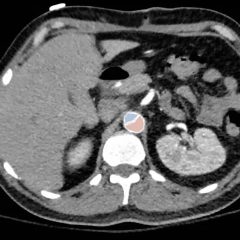