Correspondence should be addressed to Nicole Zawada at zawadan@uci.edu

Cardiology/VascularRespiratoryVisual EM
No ratings yet.

Video 1 and Image 1 show a thrombus in the patient’s IVC. Video 2 and Images 2-3 demonstrate a positive TAPSE of less than 17mm (blue arrow length) with a significantly dilated RV, indicating abnormal excursion of the tricuspid annulus and right ventricular dysfunction.

Pulmonary embolism is the third leading cause of death from cardiovascular disease following myocardial infarction and stroke.1 Approximately half of all PEs are diagnosed in the emergency department2 and early detection and treatment have been shown to improve outcomes and survival.3 Pulmonary emboli can present with a wide range of symptoms including dyspnea, chest pain, shock, or sustained hypotension, and can even be asymptomatic, making it a potentially challenging diagnosis.4 Studies show a high specificity of over 80% but low sensitivity of lower than 60%, for echocardiography in the diagnosis of PE, making it a potentially useful rule-in test that can be done at the bedside prior to CT.5  Echocardiography looks for various signs of right heart strain which could be indicative of a PE. However, it cannot be used to rule out the diagnosis of PE, since a method with a higher sensitivity is needed.

Although not commonly used in the bedside diagnosis of PE, TAPSE has been found to have a sensitivity of up to 94% in detecting right heart strain in patients with tachycardia or hypotension.6 To measure TAPSE, one must obtain an apical four-chamber view of the heart and use M mode to measure the longitudinal displacement of the lateral tricuspid annulus during systole and diastole. M mode will generate a sine wave that can be measured from peak to trough. Measurements less than 17mm are considered positive, suggestive of right heart systolic dysfunction and are associated with a poor prognosis in patients with PE, particularly in those with tachycardia or hypotension.

Depending on the size and location of the embolus, the clinical presentation of PE can range from asymptomatic to right ventricular failure, cardiogenic shock, and death. The embolus causes hypoxia and the release of vasoactive mediators which cause localized vasoconstriction. This produces an increase in afterload for the right ventricle, which can lead to right ventricular failure and subsequent hypotension and shock.7 In these hemodynamically unstable patients, thrombolytic therapy should be considered for more rapid improvements in right ventricular function and pulmonary perfusion.8 Utilizing a quick and sensitive modality such as TAPSE can aid in making these time sensitive decisions in the management of PE. 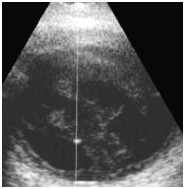 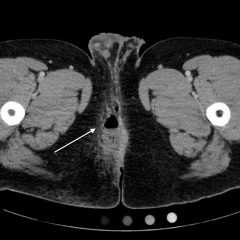