Henoch-Schönlein Purpura in the Adult, a Case Report

Correspondence should be addressed to Ivan Virovets, DO at Ivirovets@gmail.com

Cardiology/VascularDermatologyVisual EM
No ratings yet.

This case report describes a dermatologic finding that is not typical in the adult population, but may be medically significant.  A 39-year-old female patient with a past medical history that was negative for autoimmune disorders, vasculitides, or chronic infectious disease presented to our emergency department for evaluation of a painful rash on the bilateral lower extremities. She complained of two days of worsening raised, erythematous, pruritic and painful patches around both ankles, some of which had opened to become weeping sores. There was surrounding edema of both extremities. She denied any systemic symptoms. Online literature, primarily UpToDate was reviewed, and it was suspected that her rash may have been Henoch-Schönlein Purpura (HSP), given her lack of other medical history and a visual appearance that seemed consistent with the condition. To evaluate for renal involvement and systemic inflammation, labs were drawn and were grossly unremarkable except for a mild elevation in her C-reactive protein with a level of 37.6 mg/L. She was treated with intravenous (IV) hydration and IV ketorolac, with resultant symptomatic improvement. Since she did not have any apparent systemic involvement, she was discharged to follow up with rheumatology, with a recommendation to take over the counter non-steroidal anti-inflammatory drugs (NSAIDs). The patient was ultimately seen by rheumatology several months later, and a biopsy of the lesions demonstrated what appeared to be Henoch-Schönlein Purpura given her clinical presentation. Henoch-Schönlein Purpura can occur in adults, however rare, requiring close follow-up since in the adult population, it may result in renal failure and need for dialysis. 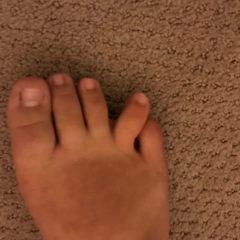 Digital Nerve Block for the Reduction of a... 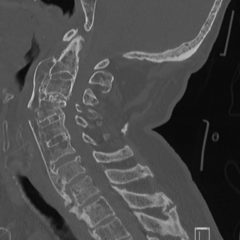 Case Report of the Unusual Presentation of...