Correspondence should be addressed to Thomas Powel, MD at TLPowell2010@gmail.com

EndocrineVisual EM
No ratings yet.

This is a case report of an extremely large mediastinal mass resulting in tracheal deviation in an 82-year-old female. Such a high degree of both goiter size and tracheal deviation is unusual in Western populations and highlights the potential dangers for patients with unknown mediastinal masses who may require intubation. Because this patient presented with altered mental status after a fall, intubation was considered for airway protection until a trauma chest x-ray revealed the previously unknown mass. Fortunately, this patient was able to protect her airway. In this report, we summarize the case and the latest literature about the dangers of intubation of patients with mediastinal masses. Paralyzing these patients often compromises their airways due to the loss of muscle tone which prevented the mass from obstructing the airway. Awake intubations and use of high ventilatory pressures are reviewed. Fortunately for this patient, her clinical course was unremarkable and she was discharged from the hospital in good condition with the decision not to have the mass removed. A history or a suggestion of a mediastinal mass should give any provider pause before securing the airway of a patient with this condition, and if possible, intubation should be performed using an awake technique. 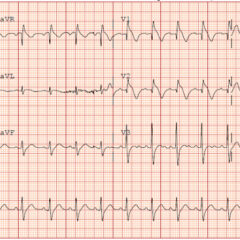 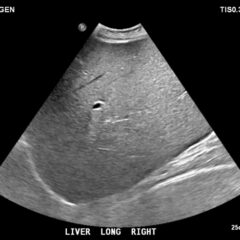