Implementing the Stop the Bleed Campaign in a University Community

Correspondence should be addressed to Robert A Katzer, MD, MBA at rkatzer@uci.edu

Following a shooting at Sandy Hook Elementary School in Connecticut in 2012 that resulted in twenty-eight fatalities, twenty of which were children, the Joint Committee to Create a National Policy to Enhance Survivability from Intentional Mass- Casualty and Active Shooter Events was founded.1 The American College of Surgeons (ACS) led the committee, which included representatives from the Federal Bureau of Investigation, the Major Cities Chiefs Association, and the Committee on Tactical Combat Casualty Care (TCCC).  It followed the guiding principle that no one should die from uncontrolled bleeding at an intentional mass-casualty or active shooter event.2 In 2015, the committee modified its focus from relying solely on law enforcement and professional first responders to empowering the general public through education in hemorrhage control. This new approach allowed the number of immediate responders who could provide hemorrhage control to increase significantly.3 Together with the White House, they developed the Stop the Bleedsm campaign, which teaches participants to provide hemorrhage control and, as a result, receive certification in Bleeding Control (B-Con) Basic.4,5

At the beginning of fall 2017, a group of undergraduate emergency medical technicians (EMT) formed at UCI with the goals of providing standby basic life support services on campus and to promote emergency preparedness on the UCI campus.  Working with faculty from emergency medicine and trauma surgery, a component of the emergency preparedness promotion included the adaptation of the Stop the Bleedsm campaign to fit the needs of UCI.  This included certifying both undergraduates and faculty as instructors for the Bleeding Control Basic class. We describe how we organized a system for the dissemination of the Stop the Bleedsm campaign in a large university.

The main objective is to implement a system to use available resources of the Stop the Bleedsm campaign to widely educate members of the university community in the utilization of multiple compression techniques including direct pressure, tourniquet application, and wound packing.  Additional course objectives include using the Stop the Bleedsm campaign to teach participants how to fit into the emergency response team as the immediate responder and the identification of life-threatening bleeding.

This is a small group session. 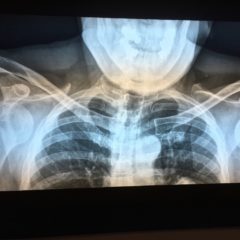