Correspondence should be addressed to Alaina Brinley Rajagopal, MD, PhD at alaina.brinley@gmail.com

The target audience is any medical professional who requires training in mass casualty incident (MCI) triage. This could apply to pre-hospital specialists, nurses, medical students, residents, and physicians.

Emergency medicine specialists must be able to triage patients quickly, especially in an MCI scenario. The simple triage and rapid treatment (START) system allows providers to categorize patients according to the urgency with which patients must access limited resources. Providers should be comfortable utilizing the START triage system before an MCI or disaster so that they can be prepared to implement it if necessary. This exercise uses simulation and gamification as instructional strategies to encourage knowledge of and comfort with the START triage system for emergency providers.

By the end of this exercise, learners should be able to (1) recite the basic START patient categories (2) discuss the physical exam signs associated with each START category, (3) assign roles to medical providers in a mass casualty scenario, (4) accurately categorize patients into triage categories: green, yellow, red, and black, and (5) manage limited resources when demand exceeds availability.

Gamification is the use of elements of game design in non-game contexts.1 Gamification was implemented in this scenario by assigning participants to roles and teams, while creating an engaging, fun, and competitive environment. The exercise also uses low fidelity simulation (without simulation equipment) to encourage learners to practice using the START triage system in a low stakes environment.2 It is possible for the learners to be divided into two groups that each have the same patients, resources, and objectives. The team that finishes triaging all patients first would be declared the winner. However, in our implementation, we completed the exercise as a single group of learners and patients.

Learners were given a survey at the end of implementation and also given the opportunity to discuss feedback with the instructors in a group discussion after completing the exercise. There was no formal assessment completed after the exercise.

Informal feedback was collected at the end of the exercise. Residents and medical students all enjoyed the experience. The feedback was overwhelmingly positive. All participants providing feedback stated they would enjoy participating in the exercise again and suggested that it is implemented annually for review of triage topics. We also received informal feedback for suggested changes which we will discuss in this article. An optional, anonymous survey was given to participants at the end of the exercise. There were six responses. Of those surveyed, 100% of participants stated the effectiveness and value of the exercise was outstanding (a rating of five on a scale of one to five). Regarding the quality of the exercise, and whether the participants felt engaged, 100% of responses gave a rating of five. When asked to consider the relevance of the session, 100% of participants selected a score of five (“I loved this session”). Regarding whether the content was applicable to practice of emergency medicine, 80% of respondents stated the session was highly relevant and 20% of responses selected a score of mostly relevant. One question asked for points of improvement for the session to which there were no responses.

Learners were assigned roles in the exercise by the incident commander, fulfilling objective three. The START categories were discussed at the beginning of the exercise by the lead proctor (using PowerPoint) and then utilized throughout the exercise, thus accomplishing objectives one and two. The residents/students filling the triage roles were primarily responsible for fulfilling objective four; however, all participants assisted in categorization of patients throughout the exercise. Finally, objective five was addressed through the various social situations and complications that can be implemented during the exercise. We chose not to implement the additional “radiation contamination” scenario (details available in the article text) due to time constraints; however, this is an additional option to address objective five. The implementation was effective based on informal feedback from participants and proctors as well as evidenced by the responses to the anonymous survey. Learners found the aspects of resource management, review of START triage, repetition of the START triage system, and medical management of various types of trauma informative and meaningful. We received valuable feedback from both learners and proctors, which we will discuss in this article. 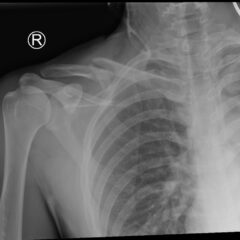